Shark populations are down 90%. Marine Protected Areas are the key to recovery

Sea Shepherd’s long-term collaboration with the government of Gabon, a country along the coastline of Central Africa, has taken on a new dimension thanks to a € 1.98 Million Extra Project award from the Dutch Postcode Lottery. The generous award will help halt the demise of sharks and rays through the establishment of Africa’s first shark sanctuary.

Since 2016, Sea Shepherd has worked closely with Gabonese authorities to stop illegal, unregulated, and unreported (IUU) fishing in Gabon’s coastal waters. Sea Shepherd’s Director of Campaigns, Peter Hammarstedt, explains, “in order to combat IUU fishing, Sea Shepherd has entered our fourth year of providing the government of Gabon with a civilian offshore patrol vessel that supports Gabonese law enforcement agents through joint at-sea patrols. To date, this successful partnership between Sea Shepherd and Gabon has resulted in the apprehension of ten illegal fishing vessels, many of which were arrested in marine protected areas”. “With this Extra Project funding, the dream of providing Africa’s first safe haven for sharks and rays has become a reality. We are extremely grateful to the Dutch Postcode Lottery for recognizing the critical value of this project,” said Catherine Pruett, Sea Shepherd Legal’s Executive Director. “We are also extraordinarily grateful to be working with Gabon – a country that has had the vision and fortitude to establish a vast network of terrestrial and marine protected areas and keenly understands that sharks and rays are facing unprecedented threats. Those threats have led to a 90% decline in shark populations globally.” Pruett added. Drawing from the most successful attributes of existing shark sanctuaries from other jurisdictions, ANPN and SSL will ensure that the new sanctuary will include three key elements to success: a strong legal framework, robust enforcement, and comprehensive biodiversity monitoring. Pruett noted, “thanks to the Dutch Postcode Lottery award, Sea Shepherd is not only able to help Gabon establish a groundbreaking shark sanctuary, but we are also now able to expand this vision throughout the region to the many other countries where we work.” 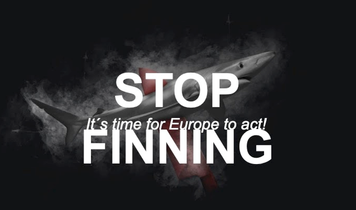 Vital new push to save sharks