Interview with LUAP, multidisciplinary artist tackling issues related to the the ever-growing sense of eco-anxiety afflicting so many these days

LUAP, multidisciplinary artist carries his adult-size Pink Bear suit and 20 kgs of professional equipment to the ends of the earth, having visited every continent except Antarctica, where the bear becomes the subject of unusual but breathtaking pieces. The photograph he brings home acts as a bouncing-board for the next step of his creative process. By employing different mediums and techniques he tackles issues related to the the ever-growing sense of eco-anxiety afflicting so many these days, particularly the youth. LUAP uses his art, hence, to draw in his audience and convey a message oscillating between angst and hope, achieved through a variety of methods and techniques.

In one piece, The Pink Bear is photographed staring into a rubbish-filled abyss, evoking the reality faced by our youth. In another piece the artist densely spatters acrylic paint to generate the illusion of a green forest from a distance, but as the canvas is approached multi-chromatic acrylic grains become distinguishable, recalling the micro-plastics now dominating erstwhile pristine landscapes. LUAP says - LUAP is an unusual moniker - what does it mean?

Once you’ve seen it you are going to kick yourself. It's Paul backwards. It was the answer to a riddle posed by a monster in a personalised book I was given as a child. The riddle the monster posed was “try to beat me, if you dare…but beware…despite the dangers you have overcome, your quest will still fail unless your name spells the only true magic word LUAP…” The name gave me a sense of hope and optimism. 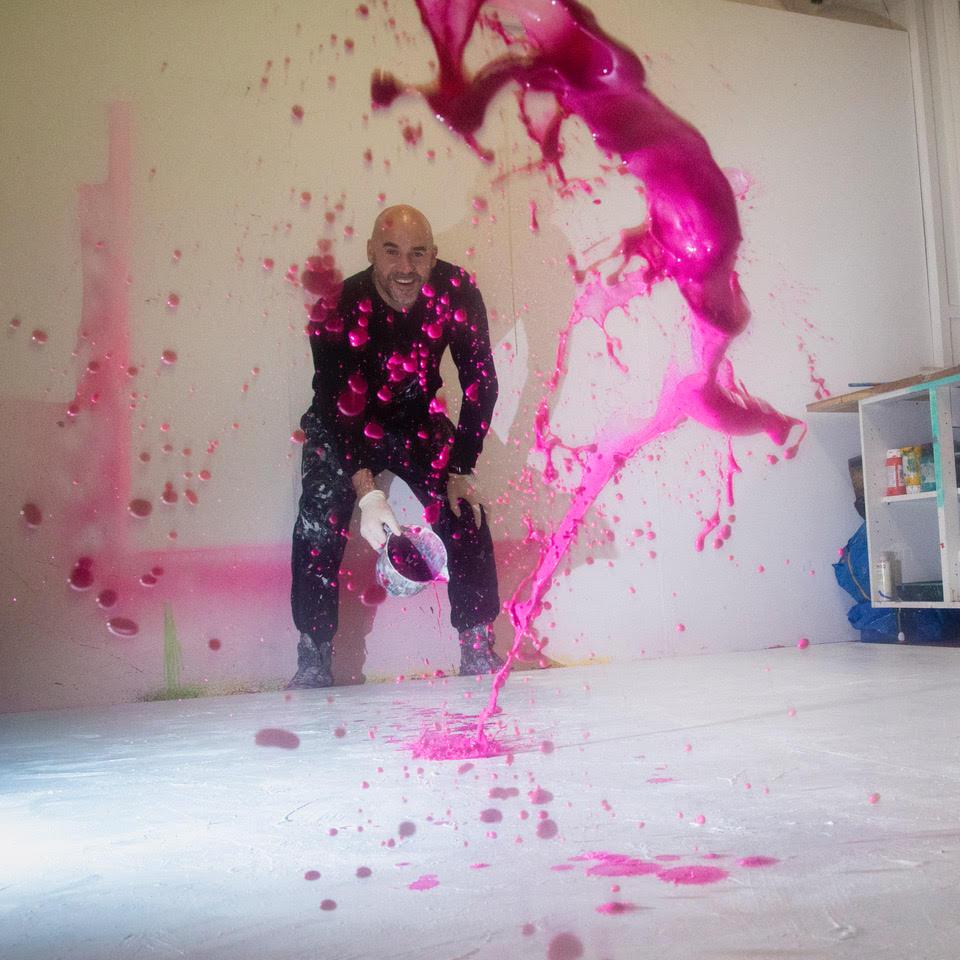 What started your journey with the pink bear?

I was spiralling down a black hole of depression and had just started CBT, so I was searching for a happy memory to hang onto to claw my way back. I remembered as a child going to a theme park with my parents and brother and we had a polaroid taken with a big pink bear. The Pink Bear is based on this happy memory, but like how dreams and memories change, the bear has changed too. The colour and size was the strongest part of the memory. My bear is vacant of facial expression like faces sometimes appear in dreams, so The Pink Bear conveys emotions though his body language. I started putting The Pink Bear into my artwork to give a sense of optimism.

What was the most shocking place you visited?

Probably Thailand, and not the cities. It was actually on the island of koh phangan. I remember seeing beaches covered in so much plastic and waste, old fishing nets, plastic bottles, flip flops, lighters. It wasn’t a beach that wasn’t used by tourists so was just left uncleaned. I was also shocked one evening whilst having a beer on the beach. Very very young children working, selling things to tourists. I just remember thinking why are they not in bed as they should have school in the morning. I think living in rich western countries we are so isolated and often fail to look. What was the most inspiring place you visited?

This is a hard question as there are so many places that inspire me and they inspire me for different reasons. I loved New Zealand for how clean it was kept and because of this the landscapes were untouched, the skies at night were also untouched by light pollution so you were able to see the mill way with your bare eyes.

In 2015, I climbed the four highest peaks of the Atlas mountains for charity (autism). The sense of freedom and positive energy I felt from this adventure was a pivotal moment in my life and artwork. Travel was then an unconscious therapy, but now had become a conscious one, so I now seek adventure and discovery as a way of maintaining a balance in my life.

Finally Patagonia (Chile and Argentina) the landscape again was breathtaking and unspoilt. I also saw a huge iceberg break off from the Perito Moreno Glacier. The noise was intense followed by a huge wave. It was exciting to see, but also a sad reminder of what is happening to the world as a result of global warming. Perito Moreno is one of the only glaciers in the world that is growing instead of shrinking.

How do people react to your work?

It depends on which work they are looking at. Most of the work brings a smile to the viewers face when The Pink Bear is travelling through beautiful untouched landscapes. But in other works like “The Plastic Flood” where the bear is climbing over a mountain of rubbish they look shocked and disgusted, asking questions about if someone climbed through all that rubbish and waste, or where was this, and how did you get so much plastic. 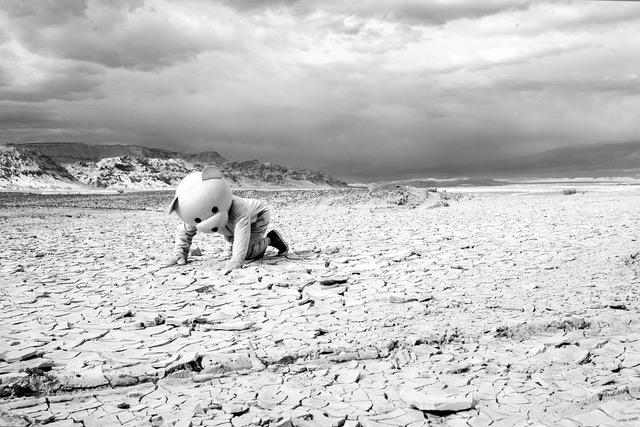 What are you planning to do next?

My next trip will be to Mongolia in 2021. My most ambitious to date and therefore requires intensive physical training as well as learning new skills as I will be travelling for 10 days on horseback through quite literally one of the most remote and least hospitable places on Earth.

The expedition will be led by Megan Hine, a British survival consultant and adventurer.

Whilst I’m in Mongolia I will be photographing The Pink Bear riding horseback with the golden eagles in the isolated terrains of the Altai region and I will be living as the nomadic people have for generations, sleeping under the stars around an open fire in the wilderness. 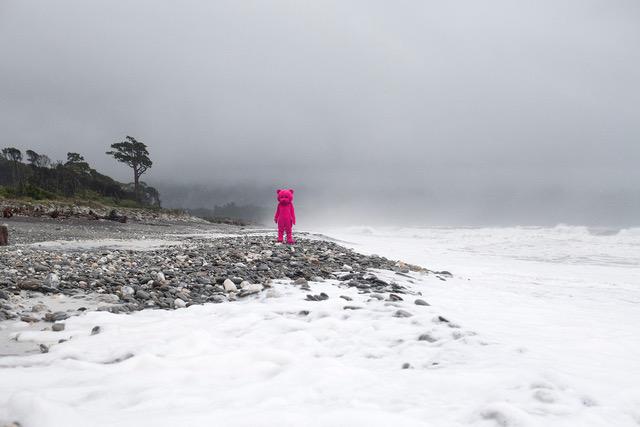 ** What gives you hope in regards to the climate emergency?**

I think without hope we are destined to fail, and that isn’t an option. I don’t think hope alone will solve the problem. Action is required to make change, and that's the same with mental health and exercise and everything else we do in life. We need to start making small changes to our habits and ways of doing things so it became routine. Instead of grabbing a bottle of water to go to the gym you take a metal flask and make this your routine. Plastic straws are now illegal in the UK as they are in many other places. So I guess hope comes from seeing change and seeing the desire to do good. But change needs too come from large corporations. Draw for the NHS launches