This song was created in honour of all the protestors including Frack Free Lancashire, Reclaim The Power and Frack Free Knitting Nanas Lancashire UK, plus thousands more who came together to defend our right to a democracy! "Make A Human Fence was written a few years ago in response to our first hand experience of the anti-fracking campaign at Preston New Road and our overwhelming pride for the Lancashire Nanas whose incredible fortitude, courage and resilience in the face of police brutality and unethical capitalists, has proven to have significantly delayed this potentially devastating business from progressing." Mobius Loop began on 08/08/08 inspired by a crop circle - www.mobiusloop.co.uk/mission The Effect of Fracking on Trees MEPs from across Europe stand in solidarity with the #FrackFreeFour 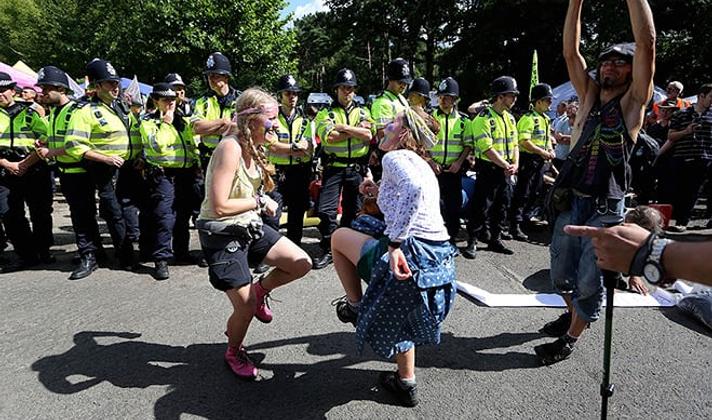 Block Around The Clock