The talk Polly was scheduled to give at the Findhorn Climate Change & Consciousness Conference 2019, becomes a fitting tribute to (and update on) her work from her right-hand woman Jojo Mehta with a no-holds-barred introduction from Extinction Rebellion co-founder Dr Gail Bradbrook. A mere few days after her departure from this dimension, Polly's courageous and inspiring legacy is carried forward as she passes the baton to all of us.

Polly Higgins was both a lawyer with a razor-sharp mind and a visionary with uncompromising principles. The law of ecocide she worked so tirelessly to progress really does have the power to change history, because it prevents and prohibits the large-scale destruction of ecosystems. It rekindles hope - not that we can preserve society as we know it, but that if we act now, we can move through this crisis into a world that operates very differently indeed... a world based on a principle of 'first do no harm'. 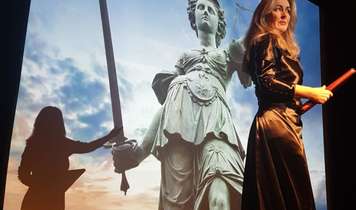 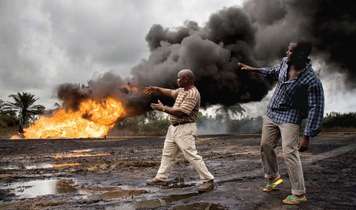 Top Shell bosses accused of climate ecocide in The Hague