Philip Hoare is the author of eight works of non-fiction. His book Leviathan or, The Whale won the 2009 BBC Samuel Johnson Prize for non-fiction. It was followed in 2013 by The Sea Inside. His most recent book, RISINGTIDEFALLINGSTAR, is published by Fourth Estate. He works as a curator, broadcaster, as a commentator for the Guardian, and spends much of his time in the sea. 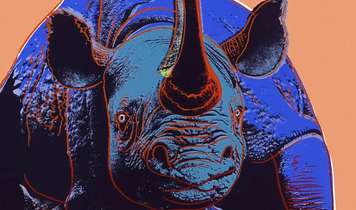 Staring into the abyss of The Sixth Mass Extinction

Faced with the unbelievable loss of species, how do we make sense of the seemingly inevitable?