Natalie Fee is an award-winning environmentalist, author, speaker and founder of City to Sea, a UK-based organisation running campaigns to stop plastic pollution at source. Her new book, How to Save the World for Free, is a #1 Amazon bestseller (not that buying or selling on Amazon is a good thing, but at least it’s hitting the mainstream!). Natalie also sits on the Bristol Advisory Committee for Climate Change. In 2019, Natalie was awarded the Sunday Times Volvo Visionaries Award for her campaign work. In 2018 she was listed as one of the UK’s ‘50 New Radicals’ by The Observer / Nesta and in the same year the University of the West of England awarded her the Honorary Degree of Doctor of Science in recognition of her campaign work. She won the Sheila McKechnie Award for Environmental Justice in 2017 for City to Sea's #SwitchtheStick campaign and is proud to have been named Bristol 24/7’s Woman of the Year for 2018. She can be found on Instagram as nataliefee_ and on Twitter as nataliefee. 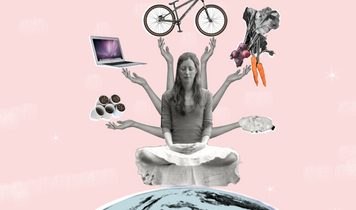 20 ways to save the world when you're self-isolating

Natalie Fee wants you to make the most of your time in lockdown - stay safe, stay sane and go sustainable